NIPOMO –  A 23-year-woman from Nipomo is facing charges of felony vehicular manslaughter and failing to stop and report a collision resulting in the death of a person following a fatal hit-and-run that occurred earlier this week. 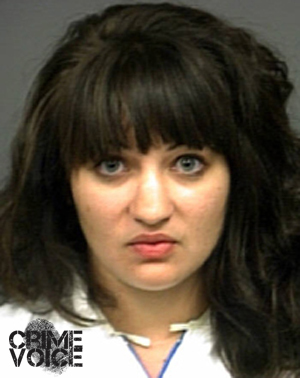 Marie M. Coyner, of Nipomo, was arrested at 8 p.m. Tuesday and booked into San Luis Obispo County Jail on suspicion of causing the hit-and-run accident on North Thompson Avenue that resulted in the death of 24-year-old Christopher J. Tietjen, also of Nipomo.

Just before noon on Monday, authorities responded to a call of an unconscious male on the side of the two-lane road, whose body was partially hidden by grass and brush. Upon investigation, it was determined that Tietjen was the victim of a traffic collision involving a hit-and-run driver, according to the California Highway Patrol.

Authorities believe that Tietjen was struck sometime after dusk on Sunday but prior to 11:30 a.m. on Monday, said CHP Officer J.W. Townsen.

The exact time and date of the fatal collision are still under investigation.

Investigators believe that Tietjen was walking on the west shoulder of North Thompson Avenue when the suspect vehicle left the roadway and collided with him. The vehicle left the scene and the driver didn’t render aide to the victim, who died from his injuries according to the CHP. 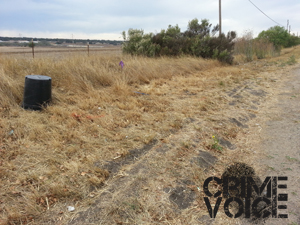 A wealth of physical evidence, vehicle parts, left at the scene provided the CHP with the means to identify the suspect vehicle as a light green 2007 Toyota Prius, Townsen said.

“With this one, we had quite a bit of physical evidence at the scene that gave us the ability to determine the make and model of the vehicle,” Townsen said, adding the public was instrumental in quickly helping locate a suspect in the case.

“We had a lot of concerned citizens calling in with tips,” Townsen added. “(The Prius) is a very common vehicle these days. It could have very easily gone the other way” without the help from the public.

Tips led investigators to the location of the vehicle, but Townsen declined to comment on where the suspect vehicle was located. He did say that the car wasn’t discovered at Coyner’s home.

Tietjen is the fourth person since 2006 to have been killed by a hit-and-run driver.

Nipomo resident Paul Andrew Wikholm, 21, was found dead on Thomspon Avenue in front of the high school in December 2006. The driver who killed him has never been located.

Additionally, Krista Janine Babbitt, 55, of Nipomo was found dead in the middle of Joshua Road in February 2011. The driver who killed her has also never been identified.

On Mother’s Day this year, Fabian Alexander, 46, a transient from Modesto, was struck and killed while walking across the off ramp of Highway 101 North at the 166 east exit in Nipomo. Although authorities identified a person of interest in the case, no arrests have ever been made. 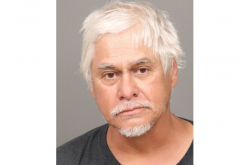