VISALIA – A 22-year-old Visalia man who was caught with a loaded gun on a community college campus will spend two years and eight months in state prison, said a spokesperson for the Tulare County District Attorney’s Office.

David Garcia-Morales pleaded no contest to possession of a firearm by a felon, as well as possession of stolen property and theft during an April court appearance before Superior Court Judge Gerald Sevier.

On Thursday, Sevier sentenced Garcia-Morales to a 32-month prison stay and ordered him to pay $1,000 in fines, said Assistant District Attorney Shani Jenkins.

Garcia-Morales was caught with the gun on Sept. 8, 2010, after an anonymous tip was sent via text through TipNow – a Silicon Valley company that sends anonymous tips to law enforcement agencies.

College of the Sequoias had just signed up for the program a month before it was used to alert police about Garcia-Morales. At the time, posters around campus explained how the anonymous tip system worked and campus cops had handed out informational cards.
Someone used the tip service to alert police about a student carrying a checkered backpack with a gun inside. Within minutes, campus police found Garcia-Morales near the backpack.

As the officer approached him, the defendant grabbed the backpack and threw it over his shoulder and started to walk away. Garcia-Morales initially denied owning the backpack, but then admitted it was his. He said he carried the Ruger 9 mm semiautomatic pistol for protection.

Law enforcement confiscated the weapon and determined that it was stolen from a 72-year-old man in Visalia on Sept. 1.

Garcia-Morales was prohibited from possessing a gun because of a prior felony conviction for a burglary in 2008. 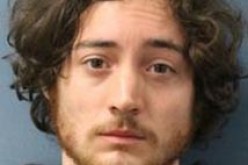 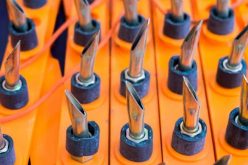 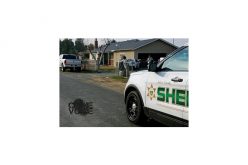