CARLSBAD — One suspect was arrested and two others remain at large after a violent home invasion robbery in Carlsbad last week. 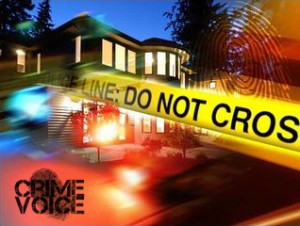 On Jan. 16 at approximately 6:37 p.m., Carlsbad police received a 911 call reporting that a home invasion robbery was in progress at a residence located in the 2000 block of Avenue of the Trees, according to a press release issued by the Carlsbad Police Department. The suspects were reportedly armed with handguns. Patrol officers arrived within minutes and saw one suspect running from the residence.

The release, prepared by Sgt. Mickey Williams, went on to state that patrol officers searched the area and found Michael Dickson hiding in the laundry room of a nearby residence. Dickson, 29, was taken into custody without incident. The arrest report lists the location of arrest as 2022 Avenue of the Trees, which is just off Monroe Street and the intersection of Carlsbad Village Drive. The arrest report also listed Michael Dickson’s address as 641 Adobe Dr., Oceanside, which is about 8-and-a-half miles away.

The victims were not injured and remain unidentified due to the nature of the crime. Dickson was booked into the Vista Detention Facility and charged with first-degree robbery, kidnapping with intent to commit robbery, residential burglary and conspiracy.

Despite the early hour of the home invasion, sunset for the 16th was 5:05 p.m., which gave the suspects the cover of darkness. At this time, no description of any other suspects or if there was more than one suspect has been provided by police, but an inquiry is pending. The Carlsbad Police Department is continuing this investigation in an attempt to identify and arrest any outstanding suspects.

“There are two other suspects still at large and right now we don’t have enough to put out a picture or description, but we’re continuing to investigate,” said Carlsbad Police Lt. Kelly Cain. “There was drug paraphernalia at the scene, which is something we’re also investigating now.”

Attended Sonoma State University and graduated in 1999 with a bachelor's in communication. Moved to Washington D.C. shortly after graduation and worked for USA Today News from 2000 to 2008. Covered three presidential elections, the '04 and '08 political conventions, 9/11 and one-year anniversary, Afghanistan and Iraq wars, congress and Hurricane Katrina in that time. Burned out on Washington and politics after four years at USAT's Washington bureau and moved to Mission Beach, Ca.